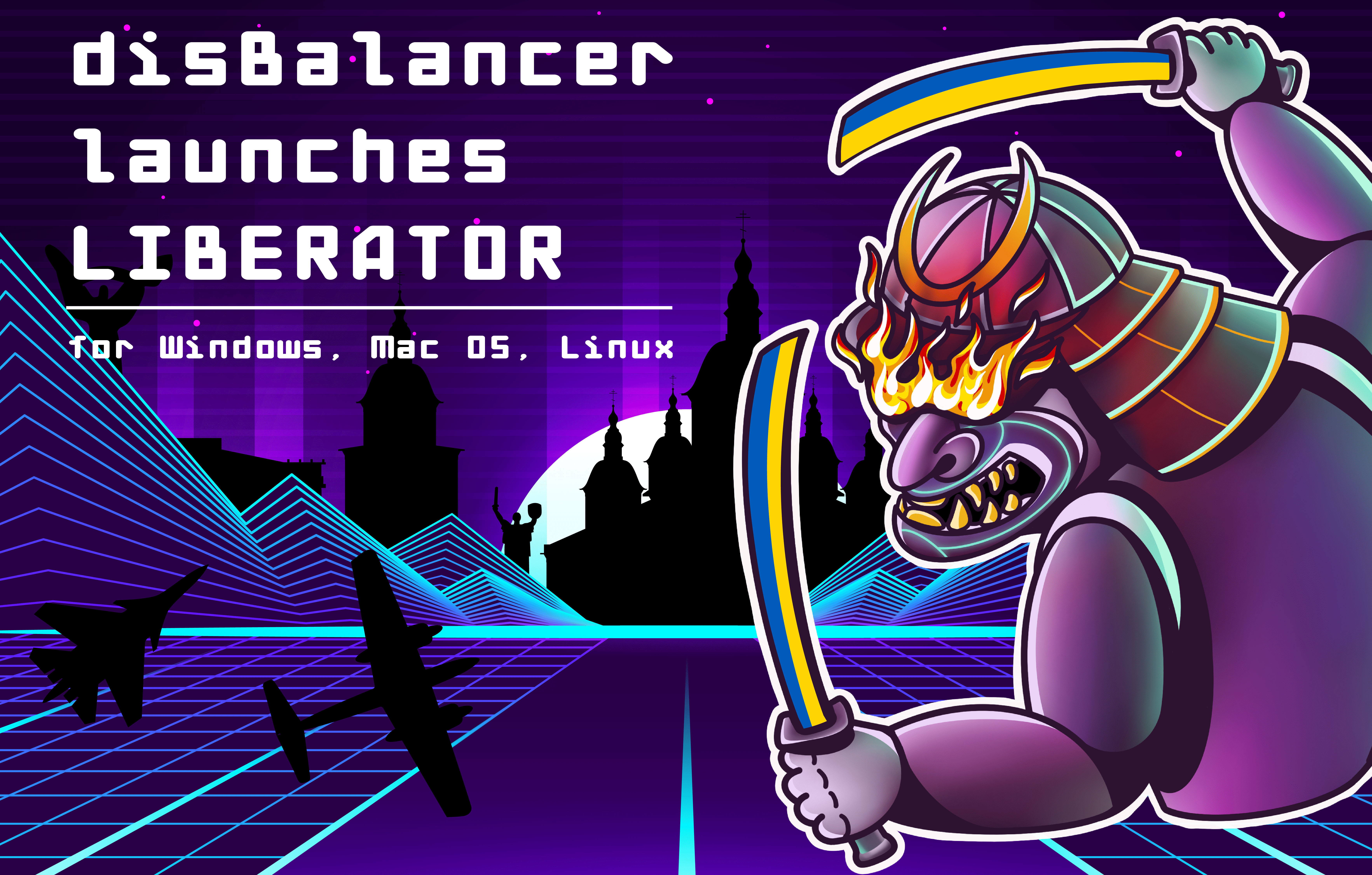 The main issue regarding the Russian invasion is well-planned and performed propaganda. Russian news is broadcasting that the Ukrainian army is bombing Ukrainian cities with rockets, calling our defenders Nazis, while the Russian occupiers are greeted with great honours here. While Russian troops are washing their hands in blood, killing both children and civilians of the Ukrainians. It is genocide, shown by their media as preventive defensive measures. Russian media is currently legitimizing violence as a new norm in Russian society. That is why our attack targets are Russian propaganda and infrastructure websites.

As a Ukrainian project based in Kyiv, we want to make the Russian invasion of Ukraine stop and win the informational fight. Read our announcement to know about the disBalancer statement on these horrible events.

Therefore, we call all the indifferent Ukraine people to install Liberator. It allows having thousands of people onboard and performing more powerful and sophisticated attacks.


PLEASE, SHARE THE LINK ON THE APP AND LET’S #stopPutin TOGETHER!
THE MORE PEOPLE RUN THE APP, THE MORE EFFECTIVE ATTACKS ARE!

Turn on the VPN connection to encrypt your data.

Use hVPN app for free with unlimited capacity.

You can also use any VPN resources you prefer.


You Can Also Use PROXY SERVERS Instead Of VPN!

To avoid any runtime problems until the app is signed:

Add the application folder to your antivirus exclusions to avoid blocking task execution, as some antiviruses could detect it as a hacker tool. Adding an application to the firewall exception would also be a good idea. The app isn’t server-based; it’s a simple client, so you don’t need to be aware of the hacking of the exposed web interface and host.

Did Something Go Wrong?

Join our English or Ukrainian chat and feel free to ask anything.